Africans have a long standing history of practicing animism and animist oriented religions, however, in the 1900s, there was an interruption to their religious practices. Africans were introduced to Christianity by the missionaries that came to redeem and bring salvation to the “Dark Continent”. Missionaries and explorers were intrigued by the indigenous religion practiced by different ethnic communities and thought it was occult, or a form of paganism.

They took it upon themselves to introduce Christianity to what they considered an uncivilized society, despite Islam already previously being introduced to Northern Africans by Arabic merchants. These merchants set sail to Africa for trade, many of whom chose to settle down there. This correlation of events resulted in many large mosques being built upon the mainland and was instrumental to the spread of Islam throughout continental Africa.

Animism which is a world view, which is:

“a belief in a supernatural power that organizes and animates the material universe.”

It is also described as a religious belief where various objects, places, and creatures can possess distinctive spiritual qualities. But most importantly, native African religions were a belief system which helped Africans in governing, practicing cultural traditions and preserving a symbiotic relationship within their environment.

African traditional religion was and is still a form of Animism. For example, the Kikuyu people of of Kenya believed that the Mugumo tree (Fig tree) was a sacred tree. They used trees such as this for prayer, to hold gatherings or perform cultural rites and it was considered taboo to cut down such trees. Another well known example of sacred grounds historically used to perform rituals would be the crying stones (Kitmikayo) of western Kenya. 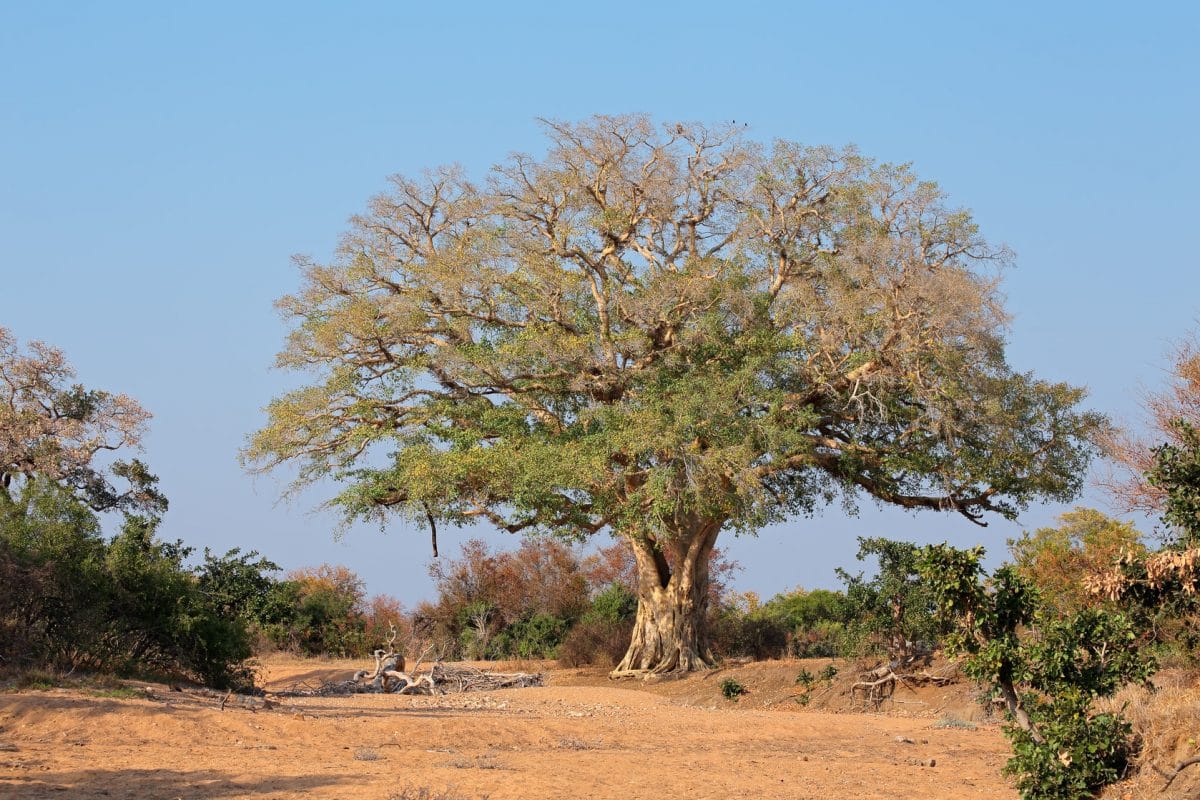 Animism Still Has a Place in Modern Day Africa

With the introduction of Christianity, Islam, and formal education, the practice of their ethnic religions in their original form have continued to wane.

Their religions have long been misunderstood and those who practiced were/are insulted, shunned, or in the worst cases, even excommunicated from their community for practicing witchcraft or idolatry. Unfortunately, many of Africa’s modern spiritual leaders fail to realize that, prior to colonization, their native religions were the glue which stuck families, communities, villages and their society as a whole, together. These beliefs have long been used to govern, and had worked quite well, which is something that its critiques often refuse to give credit to.

In order to explain how Africa’s animistic religions are still relevant, we could examine the ways in which modern day Africans who identify themselves as Judaic still practice elements of African traditional religion in their everyday lives. It’s interesting to note that today when most Africans are asked of their native religions, they would likely denounce it as being occult. These same people have no qualms in carrying out traditional marriages, naming ceremonies, and performing circumcision for their sons in the traditional manner.

Another example is the Luhya ethnic group who perform circumcision by having a group of boys of the same age group prepare for days. The circumcision takes place early in the morning by a riverside where the boys strip and have their bodies painted with ash. After receiving the cut, the young men must walk from the riverside to their newly built shelters, away from their mother’s house to signify that they have gone through the circumcision rights and that they are no longer boys and should be respected as such.

Animism oriented religions have been a bedrock for African values and moral tradition since it’s inception.

To date about 10%, which is about 100 million Africans, still practice their traditional religion. African Native religions are not based on any sacred text, or creed like most mainstream religions. Rather it’s based on cultural rituals, myths, festivities, shrines, symbols and oral tradition. The sole purpose of the religion is to provide a harmonious well-being among the people and the environment, very unlike the promise of a future heaven, or salvation from a dystopian world, like Judaic religions promise.

There are different beliefs and practices among the hundreds of thousands of ethnic groups in Africa but they all have a similar unifying theme i.e. The Maasai of Kenya and the Twi of Ghana have a different belief system but both believe in a supreme being, and putting an emphasis on respect, and the worship of their ancestors. They are similar in this aspect to the practices of many native American tribes. 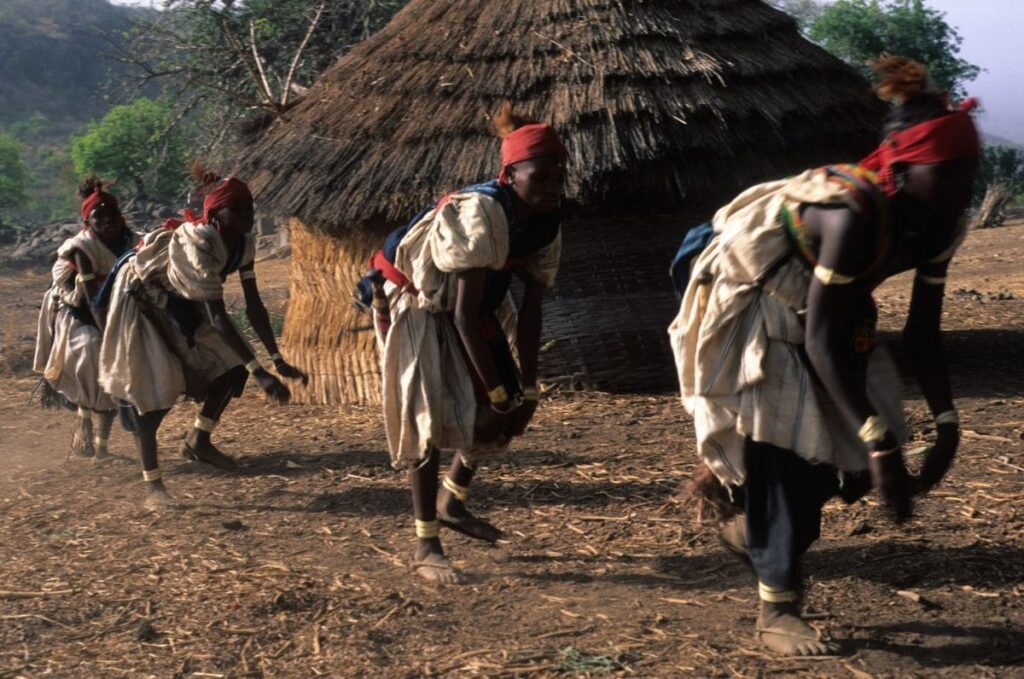 Parallels Between Animism and Christianity

African traditional religions hold a belief system where although they believe in an almighty and supreme god, they feel disconnected with this god and believe in intermediaries who haven’t lost this ability, and use them to communicate. This is similar in practice with what African Christians do when they seek out holy grounds where they believe God would best hear them from or request Mary mother of Jesus to pray for them. Mary is to Christians what ancestors are to Africans in their traditional religion. In the same way Christians partake the holy communion in remembrance of Jesus, Africans have long been offering libation during cultural ceremonies as a way to remember their ancestors and spiritual counterparts.

Throughout Africa its common belief that violating rules or taboos will lead to hardships, illness, curses for individuals or even a community as a whole. To mitigate the effects of these violations rituals, sacrifices and offerings are performed to counter the wrath of their supreme god/deity and reestablish harmony within the community or family. It’s also similar to practices within Christians communities where when God’s commandments are broken, they confess their wrong doings and perform cleansing to reestablish a relationship with God and the church.

One might not imagine many parallels between these religions but they are more similar than you might think. According to Fox News many natives have even merged the religions, similar to how Sikhism borrows from both Islam and Hinduism to form their core basis of belief. It’s also known that Pope John Paul II even attended a voodoo ceremony in 1993 to help bring unity between the religions.

About the Author: Alex Torres

Alex Torres is a freelance writer, with a focus on the intersections of world culture and global issues. His work aims to shed light on the complexities of cultural dynamics in an increasingly interconnected world.