History is a thing of the past: literally. But even if we cannot witness historical events unfold before our eyes, we know that they did, indeed, take place. May it be World War II or The Renaissance, there remain credible records and artifacts that confirm these historical moments as indisputable realities. Well, for the most part, at least.

There are many stories that have transpired with no conclusion.

These are stories that have little to no proof to support certain claims, hence leaving them as puzzles for us to solve.

In this article, I shall highlight some of the most bewildering incidents to have ever graced time; history certainly is a mystery.

The term ‘flying saucers’ came into existence after this event. Private pilot Kenneth Arnold spotted exactly nine strange airborne objects while he was piloting an aircraft. This incident occurred over the Cascade Mountains in Washington. The most perplexing thing about these objects was that they were shaped like a bat, and flew through the air like a saucer “if you skipped it across the water”, according to Arnold. He theorized that they were faster than all operating jets during that time period.

What Kenneth Arnold had seen remains a subject of discussion even today. The most reasonable explanation is that Arnold had spotted a flock of birds flying in formation, particularly pelicans, which have lengthy wingspan. But that is only a theory.

The event of Arnold’s flying saucers was closely connected to the alleged wreckage of a ‘flying disc’ in Roswell, New Mexico. 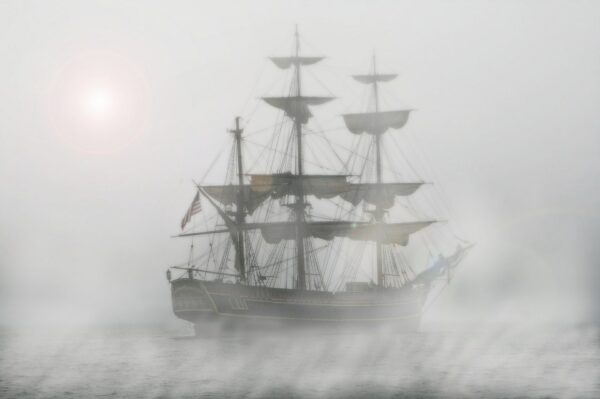 The Mary Celeste was a ship which was found floating in the middle of the sea in perfect condition. The ‘ghost ship’ was identified somewhere near the Azores island of Santa Maria, about 500 miles from where the Dei Gratia would find it a little while later. Six month’s worth of food and water still remained on board. The eeriest thing about this was the fact that there was no trace of Benjamin Spooner Briggs (the captain of the ship), his wife, his child, and the crew. The only thing which was missing was the lifeboat. The uncanniness of this situation has spawned many theories, none of which has been confirmed yet. It remains as one of the biggest puzzles of the sea. 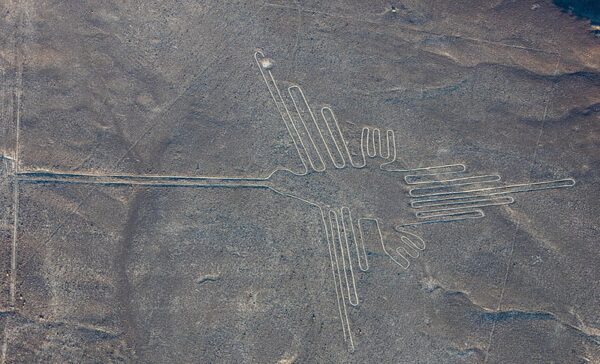 The Nazca lines are quite famous and have been under the ‘mystery microscope’ for over 80 years. How were they drawn? How were they so accurate?

This amazing landscape consists of a collection of white lines that are shaped like certain creatures: a spider, a hummingbird, a monkey. On top of this, the lines also create a variety of geometric shapes like triangles, rectangles, and whorls.

The lines are present in a section of Peru and derive its name from the present-day settlement of Nazca.

For all the bookworms and literary enthusiasts out there, this piece of information may astound you.

Very little is known about Shakespeare’s life. Some scholars go as far as to believe that Shakespeare didn’t really exist. This particular conspiracy began to truly catch heat when we learn that Shakespeare was as good as illiterate, and was actually an actor under the Earl of Oxford.

Here are some points that raise questions about his existence: 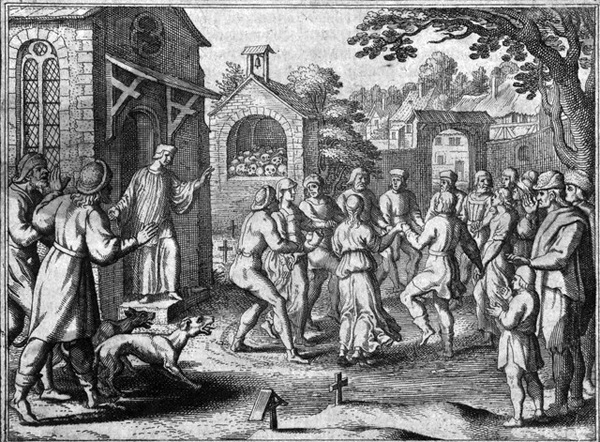 Heard of the term “dance your heart out?” For most people, dancing is one of their favorite forms of expression. However, this concept took a very subversive term in the early 1500s.

In 1518, in the area of Strasbourg, France, one woman decided that it would be a good idea to walk out of her house and begin dancing. However, as soon as she started it, others in the town also joined her. This “dancing disease” got 400 people involved. And the bizarre part of all? Authorities suggested “more dancing” to treat this madness. By the end of summer, however,  dozens had died of heart attacks, strokes, and exhaustion due to dancing without a second’s rest!

Stress-induced psychosis was deemed as one of the reasons. Since the place met with a severe drought, many were starving. Insufficient food and water were commonplace. Many diseases such as syphilis was becoming increasingly ordinary. Hence, some speculated that due to unbearable stress, many people experienced extreme psychological symptoms.

But this is all just guesswork.

While the world is yet to see something like the Dancing Plague again, the reasons for the first one remain unknown till date. 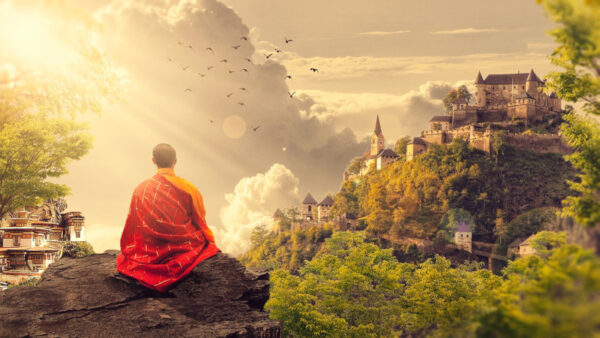 “You have to see it to believe it”

This is the favorite catchphrase of all tourist guides showing off the Ghuen Mummy at Himachal Pradesh.

Mummies are usually subject to the process of embalming. However, a Buddhist monk named Lama Tenzin started the process of self mummification to save his village.

As per the folklore, Gue saw a major scorpion infestation that threatened to destroy the tiny village. Tenzin believed that once his spirit left his body, the infestation would stop. So he started the devastatingly difficult process of natural  mummification. The process involves eliminating all fatty foods from the diet (rice,barley,legumes) until death.

The villagers say that as soon as Tenzen’s spirit left his body, the scorpion plague ended and a rainbow could be see in the horizon of the sky.

While the story might seem improbable to the 21st century skeptic, generations of villagers still vouch for its authenticity. 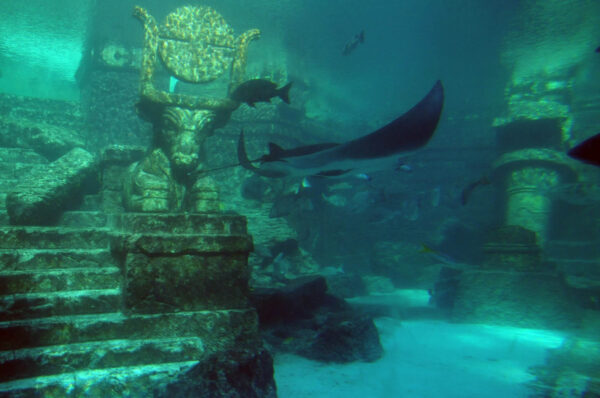 Through centuries there has been a debate if the “Lost land of Atlantis” is a fact or a fiction.

The mystery surrounding the Bimini road might just tilt the discussion towards its existence.

Bimini is an island in the Bahamas, part of a string of islands 50 miles east of Miami, Florida. Bimini road leads to an ancient limestone structure underneath the sea. This astounding pathway has many questioning whether it is linked to the land of Atlantis.

Professionals have tried and failed to come up with the right answer for what exactly these pillars could represent. Maybe they are a natural occurrence, or maybe they are as man-made as can be. It is impossible to know. 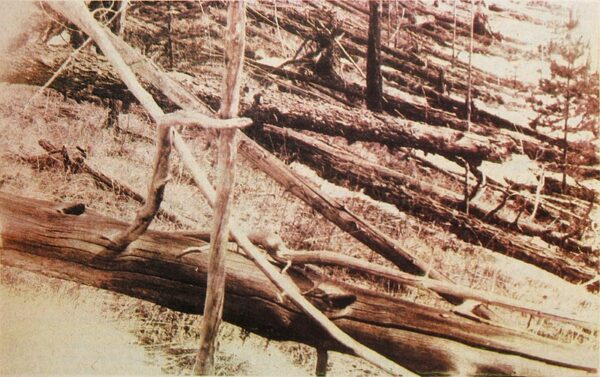 Can there be a massive explosion without human casualties?

On the morning of June 30, 1908 Russia saw what is considered to be the largest explosion in human history, which flattened 2,000 square kilometers of earth’s surface. Surprisingly, no human casualties were reported despite such an impact. The reason for this explosion remains a mystery as well.

Most scientists believe that this was caused due to an asteroid or a comet colliding with earth’s surface. However, there is no scientific proof for the same. It’s been 110 years since the Tunguska event and the reason behind the explosion still remains a mystery.

The Tunguska event is said to be the largest impact event on Earth in recorded history, and it has puzzled scientists all over the world that there have been no casualties. 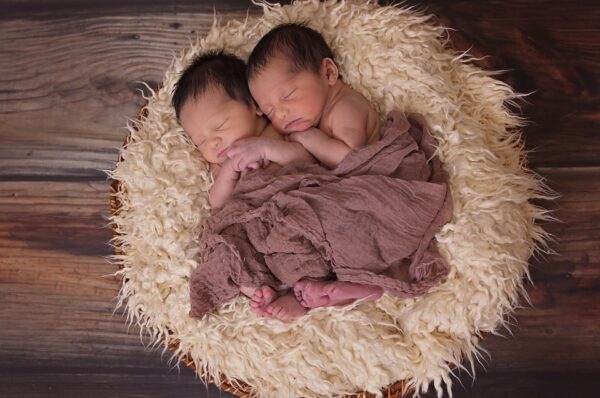 This one is from the exotic land of India.

Kodinhi is a quaint little town in Kerala and is know for the largest no. of twin births in the world.

In fact, once you set your foot in this village, you will be seeing doubles of almost every second person!

The village is home to more than 200 pair of twins.

The mystery does not end here. Kodinhi’s women who are married outside the village also end up having twins or triplets.

While the reason for this is still unknown, some scientists argue that it is the water of the village that is responsible for this phenomenon.

If you ever thought that history was boring, we bet that this post has certainly changed your mind.

If you want to check out some more some mind-boggling history facts, we have curated a list of Instagram accounts that post such fascinating stories. Have a look!

Some of the above mysteries have remained unsolved for more than 100 years and it is highly unlikely they shall be solved in the near future.

But hey, science does not have all the answers and we may as well make peace with it!

About the Author: Abhyank Srinet

Abhyank Srinet is a passionate digital entrepreneur who holds a Masters in Management degree from ESCP Europe. He started his first company while he was still studying at ESCP, and managed to scale it up by 400% in just 2 years. Being a B-School Alumni, he recognized the need of a one stop solution for B-School to get in touch with schools and get their application queries resolved. This prompted him to create MiM-Insider , a one-of-a-kind portal with cutting edge profile evaluation and school selection algorithms, along with several avenues to stay informed about the latest B-School Updates.