The Kappa, otherwise known as the kawatarō, komahiki, or kawako is one of the yōkai (demons) of Japanese mythology.

Silly enough, they would probably be considered more of an imp than a demon. The name “Kappa” is a portmanteau of the Japanese words “kawa” (river) and “wappa” (child). They were mischievous little water sprites that were said to live in lakes, swamps, and rivers.

The Shintō religion regards them as being one of the suijin – or water deities, while Buddhists regard them as some form of hungry ogre. They are one of the most well-known yōkai in Japan, alongside the tengu and the oni. Although there are over 80 different names for them depending on the region of Japan you happen to be in, the term “Kappa” is the most recognized outside of the country and is what most people know these little water sprites as.

A Kappa is a humanoid imp that resembles an over-sized frog. They were commonly depicted as being green, but different colored ones have been known to be depicted as well. They had elongated, triangular eyes and have been shown to have either tortoise-like beaks or apelike faces. They also have scaly skin and shells, much like a tortoise. In addition, an impression would adorn the top of their head in which they fill with water and use as the source of their powers. There is also a ‘hair’ variant, known as a Hyōsube. 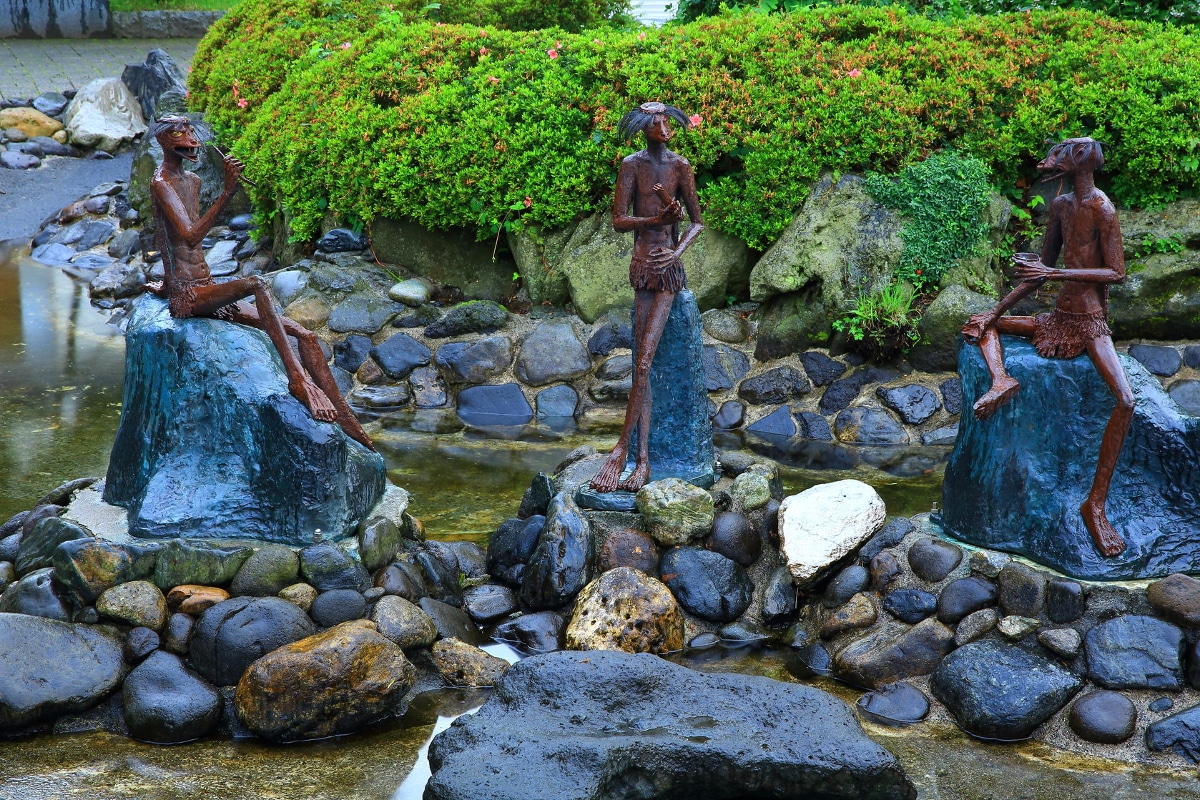 Kappa were known to be very mischievous. They would occasionally perform smaller acts such as stealing crops, or looking up the kimonos of women, but they were also known to be more dastardly. Many kidnappings and drownings from medieval Japan were attributed to Kappas as they were known to eat children in fables and people of the time likely didn’t know any better. They were used as a warning to children and, even today, signs warning of these yokai can be found at some bodies of water in Japan. Particularly in the smaller and more traditional towns and villages.

Historically, Japanese people would leave the Kappa offerings of cucumber and sumo in return for promises. As a result, many statues have been erected in their honor.

It can be interesting to see how these types of legends, in nearly all cultures, were used as a foreshadow of heinous acts. Sometimes when a women gave birth to a particularly ugly child that they did not want to raise, occasionally it was blamed on one of these creatures. The woman could say she was abused by a kappa, and that the child was not human, and as sad as it is, it could give them an excuse to get rid of it, or not have to look after it.

They were also thought to have despised horses and crows. A kappa attempting to drown a horse is a very popular motif in Japan and can be found throughout the country.

Despite their misdeeds, they were said to have some intellectual qualities as well. A deep understanding of medicine and according to lore, speak fluent Japanese. These creatures were said to be not only friendly, but have an absurd obsession with politeness and respect, outside of the stories of them eating human babies, anyway. Due to this obsession however, it was said you could often times trick them by exchanging bows, for when they bowed, the water it stores would spill out, and they would lose consciousness. Giving him more river water was said to revive them and form a life-debt.

According to legend, an example of Kappas being generous rather than evil occurred in the Kappabuchi, which is part of the Tono in Iwate, Japan. There is a Jokenji Buddhist temple in the area where a komainu dog statue is dedicated to Kappa, which are said to have extinguished a fire that nearly claimed the temple. Another Buddhist temple – the Sogenji Buddhist temple of Asakusa in Tokyo – also venerates them. This temple is said to house a mummified kappa arm in its chapel hall.

Evolution of the Kappa

The idea of the Kappa has now spread outside far of Japan. In China there is a creature known as a “Shui Gul” or water ghost that is very similar to a kappa. They could also possibly be related to the Scandinavian neck and the Scottish kelpie, and with this hey have become an iconic piece of Japanese culture.