Children of the new generation may shut off their interest remembering the past, but considering that the past has made up the present and what they are enjoying today, sneaking at the history can be an exciting thing to do.

There are many to mention, and the below are the most exciting and indeed fun to look back.

If you are from the 90’s, you sure have worn this to the prom and completely forgot about it after. You can see ladies back the 90’s wearing tons of butterfly clips all over their head and it does not seem to rhyme at all.

The “found footage” was indeed very popular way back 90’s and made many people scared to go on camping.

This timeless movie will never be forgotten. Many people fell in love and shed tears to the movie, and watched it over and over again. Not only the movie, but the soundtrack “My heart will go on” lasted on the number one spot for two weeks.

Everyone definitely dances to the grove of this popular song. The song is played and danced to almost all occasions, and yes, including weddings!

The body glitter trend is something worth to reminisce and hopefully comeback. The current popularity of eye glitter make up made body glitter enthusiasts hope to see models on the runway wear body glitter, amplified.

90’s life would be empty without Bart Simpson. This animated brother, made many memories on the 90’s, including his famous lines “Cowabunga, dude” and “Eat my shorts!”. 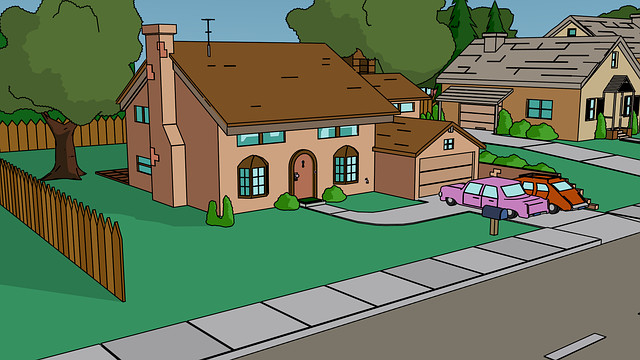 Women from the 90’s would never forget the never ending debate on who looks better, Brandon or Dylan. This teen television series was followed by many, and made people motivated to strengthen their friendship.

Who will forget about the world’s famous kiss of Michael and Lisa on VMA to prove their relationship is still strong.

When you see this famous hammer pants from the 90’s, you would understand why it went obsolete. This is a fashion, no one in this generation would like to remember and wear.

Who would forget the panic that happened to the entire world, when news spread out about the end of the world happening when the calendar switches to 1st of January 2000. Your family might be one of the many who hide at the basement from 12mn until January 1, 2000 finished.

This is when floppy disk existence gradually comes to an end. Zip drive can hold up to 100MB of data compared to 1.44MB that a floppy disk can save. But, when flash drive was introduced floppy disk started to demolish and went almost out of existence.

This may not be something that people use nowadays, but way back the 90’s, this device was one of the most useful and essential, not only to reporters but everyone. Now that recordings are digital, tape recorders existence is almost gone.

Everyone from the 90’s are so into the girl groups and boy bands mania, Backstreet Boys, Boyz II Men, O-Town, ‘N Sync, TLC, En Vogue, B*Witched, The Spice Girls and more! Some of them are still reuniting for some concerts and events for their fans. And what made them different from the groups nowadays is that they are in matching outfits every time they perform and appear on concerts and screens.

This sweet song is now out but before, this was the only way for people to use the internet, send email and socialize.

When mobile phones were not as visible, beepers were. Pagers made communication a lot faster, easier and mobile. The only issue with it, was if you receive an emergency message from your family or friends, you need to rush and look for a payphone to call them back.

It was in 1991when the famous Magic Johnson announced that he contracted HIV. This made the whole world shocked and his fans left in disbelief.

It was in 1991 that Jodie Foster received her second best actress award, from the movie Silence of the Lambs, in Oscars

The hip hop style was in greatest fame

The youth of the 90’s can attest that hip hop was indeed the most popular fashion style in their generation. Mid 90’s though, people started to find military and industrial style interesting, making them reinvent pieces of machineries to fashion accessories.

It was Michael Jordan who brought his team to fame and success. Winning 6 NBA Championships, MJ is arguably the best NBA player of all time. This was also the decade when the father of MJ was killed, making him file for an early retirement.

There is no one from the 90’s who did not touch a hand and get excited playing Nintendo games. This software was the most in demand and famous not only to the youth but adults too.

It was Kurt Cobain who received the highest popularity when Nirvana launched. He, and his band, were not only famous in America but the entire world too. They made metal genre interesting.

The many entertaining and fun facts to know about the 90’s made it one of the most exciting decade to look back and reminisce.

About the Author: Robert Malcom

Robert Malcom is a freelance writer and devout Christian. He combines his passion for writing with his love for Jesus in his work, creating inspiring and thought-provoking content.