The Delectable Relationship Between Street Food and Culture in Vietnam

The Delectable Relationship Between Street Food and Culture in Vietnam

Aside from the delicious cuisine, Vietnamese street food plays a crucial role in influencing and providing an outlet for cultural values. The way food is produced, painstakingly prepared and where it’s eaten all play a crucial role in maintaining a cooperative society. Street food in Vietnam provides an important outlet that bridges the often large divide between home life and the wider community. The Vietnamese are much stronger because of this. Read further to find out how it all began, how it benefits society and what locals and foreigners currently think about it.

Before we delve too deep we should first define what culture is. The term “culture”, as defined by Nevana Stajcic, a professor from the University of Belgrade, is used to refer to any set of “values, knowledge, language, rituals, habits, lifestyles, attitudes, beliefs, folklore, rules and customs that identify a particular group of people at a specific point in time.” In other words, it encapsulates almost everything we do.

When eating on the street in Vietnam every surrounding aspect contributes to the experience. The late, great Anthony Bourdain’s visit to Vietnam introduced the world to the magnificent influence the culture has on the food.

“This is the way so many great meals in my life have been enjoyed: sitting in the street, eating something out of a bowl that I’m not exactly sure what it is, scooters going by. It’s so delicious, I feel like an animal.” – Anthony Bourdain, Parts Unknown.

There is something instinctively satisfying and somewhat humanizing about the experience of eating street food in Vietnam. Bourdain’s words continue to encourage tourists to observe these anomalies which probably contributed to the popularity of street food tours in Vietnam. His programs and writings have also raised the conscience of many locals to the positive aspects and facts of street food and its role in the culture.

Click here to read another article about street food in Vietnam!

The Emergence of Street Food Stalls in Vietnam

The ubiquity of street vendors in Vietnam may lead one to think it’s been practiced for centuries. Surprisingly, the modern Vietnamese street food history and habits of eating outside are more recent than it may seem.

It all began to develop in the early 20th century when a lone entrepreneurial spirit, near Hanoi, decided that they would sell soup around their neighborhood carried by a yoke. A trend began in which street sellers could effectively access more customers. However, carrying enough soup and noodles was back-breaking work.

It wasn’t long until these mobile vendors realized that if your food was good enough customers would instead come to you. Street stands started popping up outside homes and on the side of busy roads. This saved the vendor’s bodies and it meant diners had a relaxing place to sit down and enjoy their meal. Cooks could also spread out, experiment and introduce more complexity to their dishes. Vietnamese gastronomy began to diversify with unseen momentum.

Carrying food around also enhanced the risk of deadly microbes such as bacillus cereus, a common bacteria found in soil, vegetation and foods. At room temperature bacteria can quickly multiply and by keeping dishes steaming hot, food-borne diseases and illness are minimized. The isolation of bacteria from street food was one of the most valuable effects street food stands had on Vietnamese livelihoods.

In comparison to modern preparation methods is street food safe in Vietnam? For the most part, yes, but there are always exceptions to the rule. An easy way to minimize the risk of food poisoning is to head to a busy stall with a good reputation and high turnover. Additionally, make sure your food is piping hot when it gets to your table. 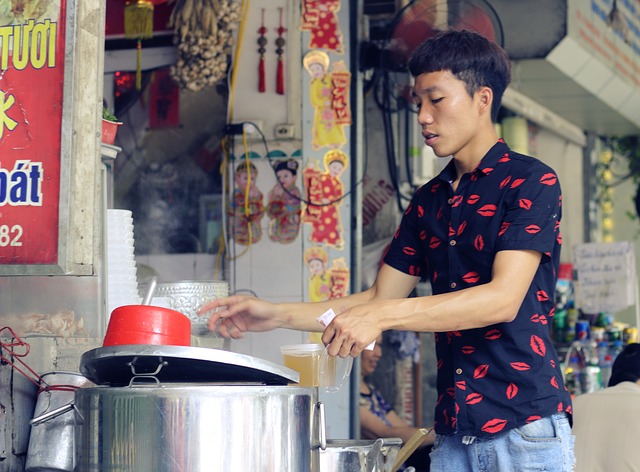 Image by Hieu Tran from Pixabay

The Influence of Vietnamese Culture on Street Food

The concept of a ‘perfect’ Vietnamese dish has an important philosophical framework. All ingredients should be carefully chosen and used in a rational combination to ensure harmony with nature and satisfaction of the five taste senses: spicy, sour, salty, bitter and sweet. All dishes must contain these characteristics and none should be too overpowering as to reduce the value of the others. The nutritional value, colors and the five bodily senses also need to be accounted for and well balanced. Most locals are inherently aware of this yet it’s probably only the most traditional cooks who are able to recite these characteristics of Vietnamese gastronomy.

When eating at any street stall you usually get to meet and order directly from the chef. They also serve your food and clean up after you. The physical closeness of street food diners to the kitchen and cook initiates a sense of familiarity, closeness and heartfelt appreciation. To meet the person who traded their time to deliver your meal is a humbling experience and immediately removes any social barriers. This simple and important relationship initiation is impossible to replicate in a restaurant setting.

Most iconic Vietnamese street dishes have no set recipe yet the ‘yin and yang’ balance of flavors and traits is important to maintain. This is the cook’s responsibility. However, once the dish is delivered to the table the customer can then take over. When eating noodle soups, for example, a tray of cilantro, mint, Thai basil, fresh lime and chili, and hoisin and chili sauces are set on the table. The diner will then alter this balance to suit their own tastes. Everyone has a slightly different preference in what they add or avoid. This process is very accepting of individuality, even if the customer totally messes up the harmony of the dish. In this regard, eating street food in Vietnam is inherently democratic and reveals an aspect to Vietnamese society where the acceptance of individual preference is paramount.

Is Vietnamese Street Food For the Poor?

As previously mentioned, Vietnam’s street food culture began in small farming villages in the early 1900s. Peasants were poor in an agrarian society and Vietnam was considered one of the world’s poorest countries until economic reforms in the late eighties. Before this time almost everyone experienced the same economic and daily conditions. Therefore, street food was never reserved for Vietnam’s poor. It was for everybody.

Whereas everyone in the past was relatively equal there have now been cultural shifts and amazing growth in the middle and upper classes. Many wealthy Vietnamese have adopted cars as daily transport instead of the ubiquitous scooter or motorbike. It’s not that the rich aren’t welcome to dine at street stands but there are few options for car parking on the busy streets and narrow alleys where they are usually set-up. When the wealthy eat out in Vietnam they usually dine at restaurants and often cite the health hazards of street food as the main reason they avoid it.

Although already relatively safe, making street food even safer is one of the biggest challenges faced by Vietnamese authorities. Dr Nguyen Thanh Phong, Director of the Vietnam Food Administration (VFA), states that access to clean water, as well as the acceptance of low hygiene from ‘poor’ residents, are preventing important changes. There are plans to heighten regulations and authorities are eager to start vetting street food vendors on their cooking practices and facilities. Recent attempts to try and remove the ‘backwards’ practice of street stands and make it more centralized is often met with social resistance. Putting the street cooks in designated market areas takes away the close proximity of cooks, smells and other street life from the diner and disrupts the organic nature of the street-dining experience.

The street food experience isn’t only popular with Vietnamese. Foreigners traveling or living in Vietnam often state that the experiences of eating on the street have been nothing short of life-changing. People’s growing awareness can be seen by the immense and ever-growing archive of food and culture essays and online articles.

In Vietnam’s cities and tourist-driven towns, some street food vendors have gone slightly more upmarket to cater to the needs of foreigners and tour guides. These opportunities offer authentic experiences and education of street food and provide insight into local lifestyles in Vietnam.

A side-effect of this interest in Vietnamese street food is that it can highlight the inherent cultural values often taken for granted by locals. Raising awareness and interest will hopefully avoid food gentrification and ensure Vietnamese cuisine and culture remain strong in a rapidly changing society. This recognition will mean tourism and society, in general, can continue to flourish while the people can maintain their pride in their culture, values and identity.

The sublime relationship between street food and culture provides a window into the past, present and future of Vietnamese society. Beneath the surface of the obvious eating habits and cooking rituals lie a rich cultural identity shaped through street food. Eating on the street has helped people meet, cooperate and communicate their desires and values for decades of hardship. Hopefully, by identifying and raising the awareness of the strengths and benefits, the food and street culture can continue to flourish and provide a vibrant and meaningful life for millions of Vietnamese.

About the Author: Mark

Mark is an Australian expat living in Saigon, Vietnam, since 2013. When not writing or trying to figure out how the world works you'll often see him heading to the countryside with a camera in hand, turning spanners on motorbikes at home or sipping coffee in a leafy Saigon cafe 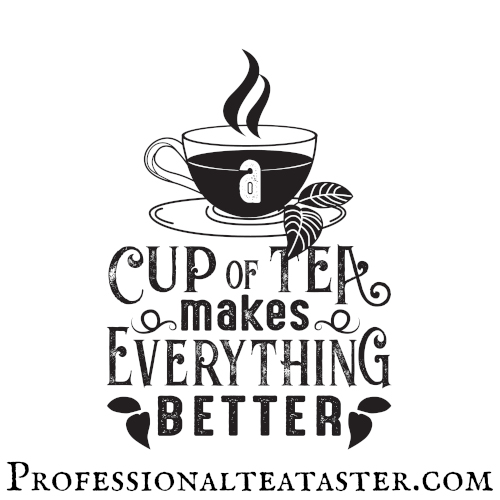