Pre-Raphaelites: Who Are They And What Contribution Have They Made To The History Of Art?

Home/Culture/Entertainment/Art/Pre-Raphaelites: Who Are They And What Contribution Have They Made To The History Of Art?
Previous Next

Pre-Raphaelites: Who Are They And What Contribution Have They Made To The History Of Art?

The Pre-Raphaelites Brotherhood was a secret society founded in 1848 in London, and it included young artists and a writer. This group was in opposition to the promotion of Renaissance master Raphael by the Royal Academy. They also revolted against the trivialization of the painting of time that was immensely popular at the time.

This group was inspired by John Ruskin’s theories which urged artists to return to nature in their drawings. The Brotherhood believed in the art that treated serious subjects with maximum realism. The principal themes of this Brotherhood were religious initially, but they used other subjects such as poetry and literature, especially those that involved death and love. They also looked into modern social problems.

The primary members of this group were Dante Gabriel Rossetti, John Everett Millais, and William Holman Hunt. Although the Pre-Raphaelites were initially opposed heavily, they became very influential over time. The movement also had its second phase, which started in 1860, and was inspired by Rossetti’s works and contributed majorly to symbolism.

This movement has several characteristics that define the kind of art they propagate, making it easy to identify their paintings based on their physical features. Particularly, these artists hated the obsession of the Victorians with genre and portrait paintings, which characterized Reynolds. However, their rebelliousness spread into other subjects apart from art, such as the values, techniques, and style that the paintings embody.

For instance, contemporary artists at the time tended to place their subjects against a backdrop of Roman and Greek Sentiments. This method by Reynolds was later called “the Grand Manner.” Although the Pre-Raphaelite art emanated nostalgic moods, it tended towards a time just before Raphael, reminiscent of the Italian Renaissance, which they saw as a purer art form and medieval times.

The Victorian painting figures which the Pre-Raphaelite members despised (primarily women), showed the viewer a vision of the ancient times. However, it also pushes a stale stereotype of women as incompetent and chaste or as mothers with their skills mostly confined within the household premises.

Generally speaking, art for the Pre-Raphaelite movement had some levels of gravity to it. It had a sincerity that marked it out from most of the other styles in an emotive and intangible way.
The technique that members of the movement used was the almost two-dimensional, luminous use of simple lines and colors that characterized many of the paintings they made. This was in stark contrast to what was in vogue at the time, which emphasized light versus shadow (a technique called chiaroscuro). The art also ignored the pedantic inclusion of proportion and symmetry in composition.

There have been hundreds of art pieces from this movement that are beautifully detailed throughout history. The following paintings are some of the most notable ones from the founders of Pre-Raphaelitism. 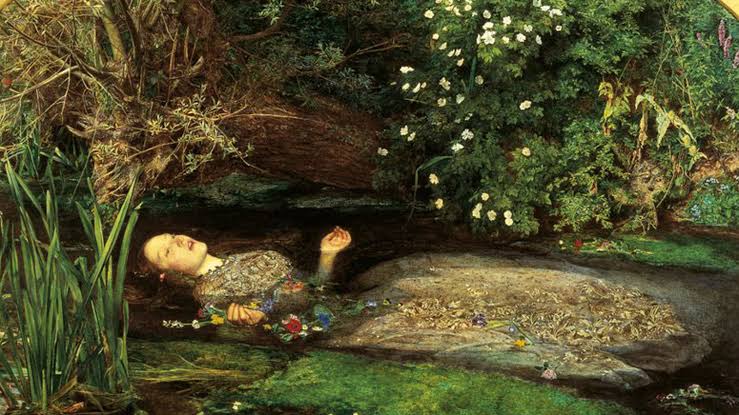 This painting went on to become one of the most famous paintings by the Brotherhood. It reflects the artist’s interest in making famous a perfect reality forcing people to stand up to the human conditions in all its experiences, even if some of the topics are taboo.

This drawing depicts a famous scene from Hamlet (a book by Shakespeare). This painting had Ophelia floating on her watery grave. The picture portrayed Ophelia at the moment before she falls in the water and floats in madness, not aware of the dangers of drowning in the weight of her dress.

Ophelia is surrounded by a very detailed natural environment in this painting, and the foliage took so long to paint. The artist took his time to create an incredibly complex life-like representation of the character. 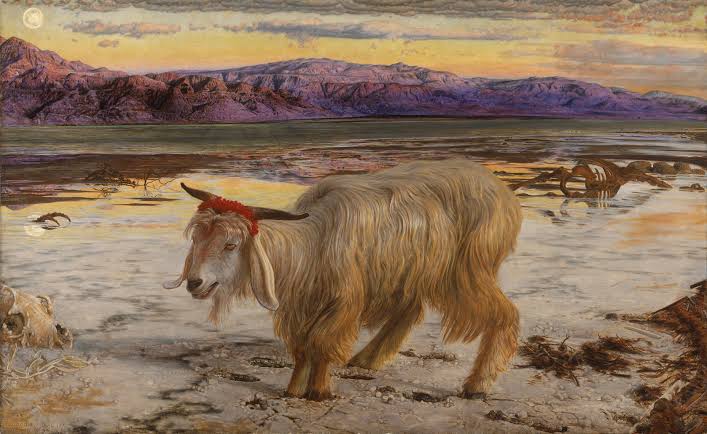 Hunt is a classic painter and member of the Pre-Raphaelite group. The subject of his paintings was religious themes, typical of the Renaissance era. The pictures had highly realistic images and striking colors. This captivating drawing captured a story from the bible (the book of Leviticus), depicting his Jewish tradition that saw a sacrificial goat sent to the desert every year after symbolically carrying the people’s sins. In this painting, the goat’s horns are adorned with red clothes representing the crown of thorn that Jesus Christ had around his head.

The artists’ travels allowed him to obtain accurate depictions of the possible religious landscape on the Dead Sea banks. He used a rare, live goat that he purchased by himself. Unfortunately, the first goat died before he completed the painting, and he was forced to buy a second one to complete his work. This artwork also had an ornate gold frame designed by Hunt. It was imperative for the painting to be understood because it had religious inscriptions and symbols. 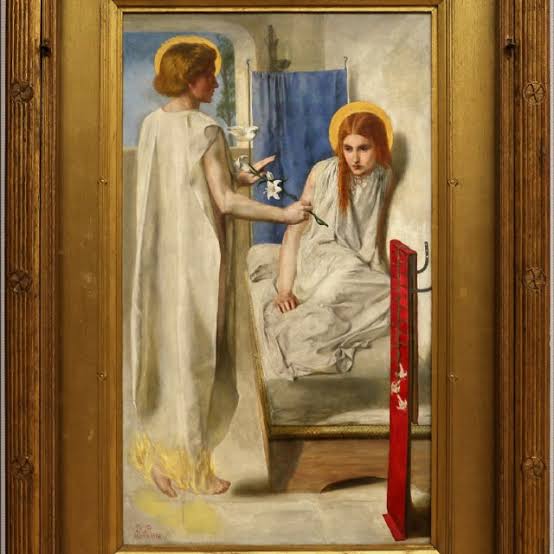 This is the most famous painting by Rossetti, and it also happens to be his most criticized work, which was one reason he stopped painting religious images. The picture was publicly unpopular, so it did not sell as much as it should during its first exhibition in 1950.

This painting depicted the Annunciation – which is a crucial moment in the history of Christianity when angel Gabriel visited the Virgin Mary and delivered the news of an unexpected pregnancy. What brought this painting under scrutiny was not the painting itself but how he portrayed the scene. Rather than the sense of humility that many people believed from the biblical study, he showed Mary as a frightened lady with crumpled clothes approached by the angel Gabriel while she rose from her bed. The way he depicted the angel as a human was another reason why his work was widely criticized.

The Pre-Raphaelites was a famous brotherhood during its existence, and they have a strong influence on the way we see art today.

About the Author: Opal Miyamoto

Opal Miyamoto is a freelancer, blogger, and one of the most famous professional essay writers from the United States. She is very friendly and communicative. Opal is always open to new connections. Her hobbies are cooking, painting, traveling, and writing, of course.